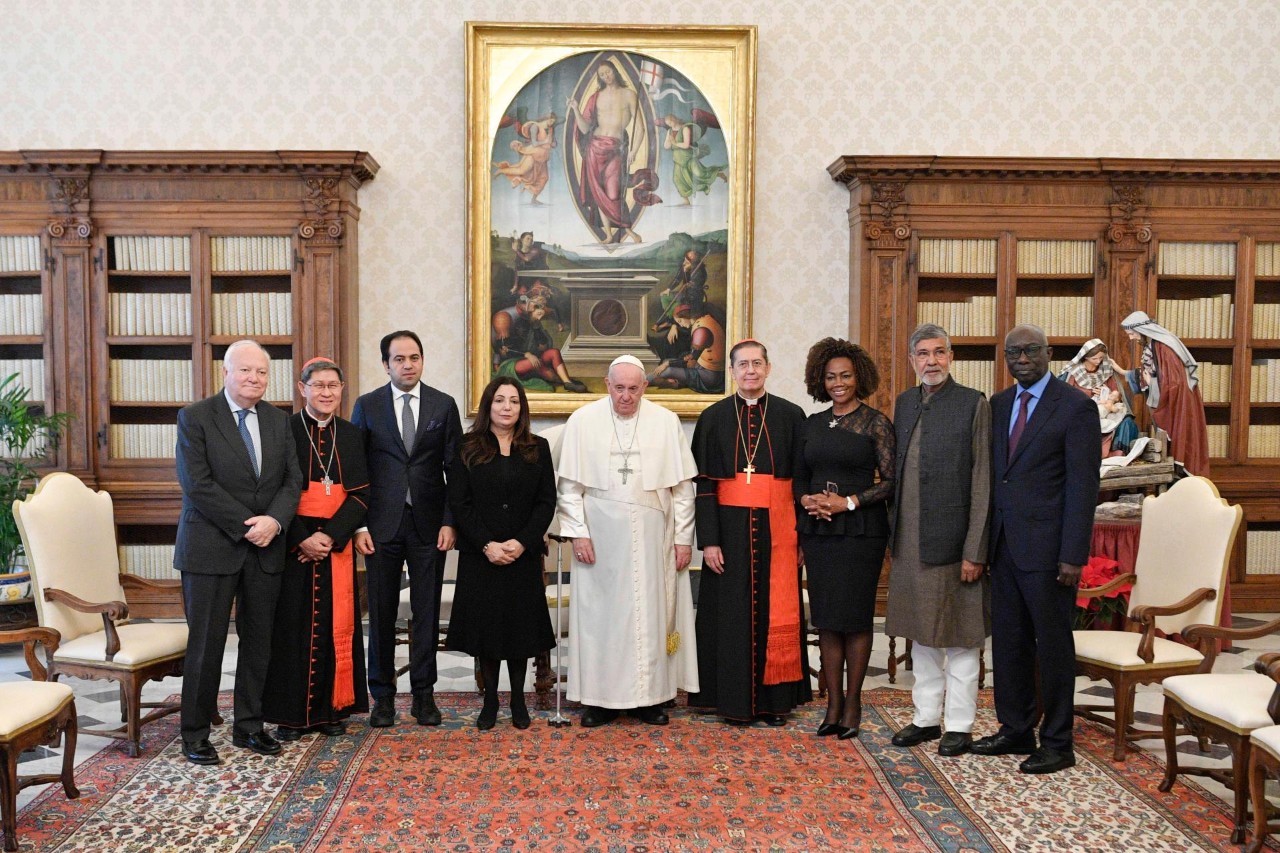 His Holiness Pope Francis, head of the Catholic Church, received the 2023 Zayed Award for Human Fraternity judging committee at the Vatican on Tuesday, to discuss the significance of the award in promoting human fraternity on a global scale, including the protection of women’s rights.

Pope Francis, a 2019 honorary recipient of the award, told the six diverse judging committee members: “Your work is important in advancing the message of human fraternity.” His Holiness stressed the importance of the global award for humanity and urged the committee members to do their part to advance the rights of women.

“It is important in your work to uphold the dignity of women as women’s rights are often outlined on paper, but not practiced in reality,” said Pope Francis, who also highlighted the ongoing crisis in Haiti, urging the international community to support the country. Haitian organization the Foundation for Knowledge and Liberty (FOKAL) was awarded the Zayed Award for Human Fraternity in 2022.