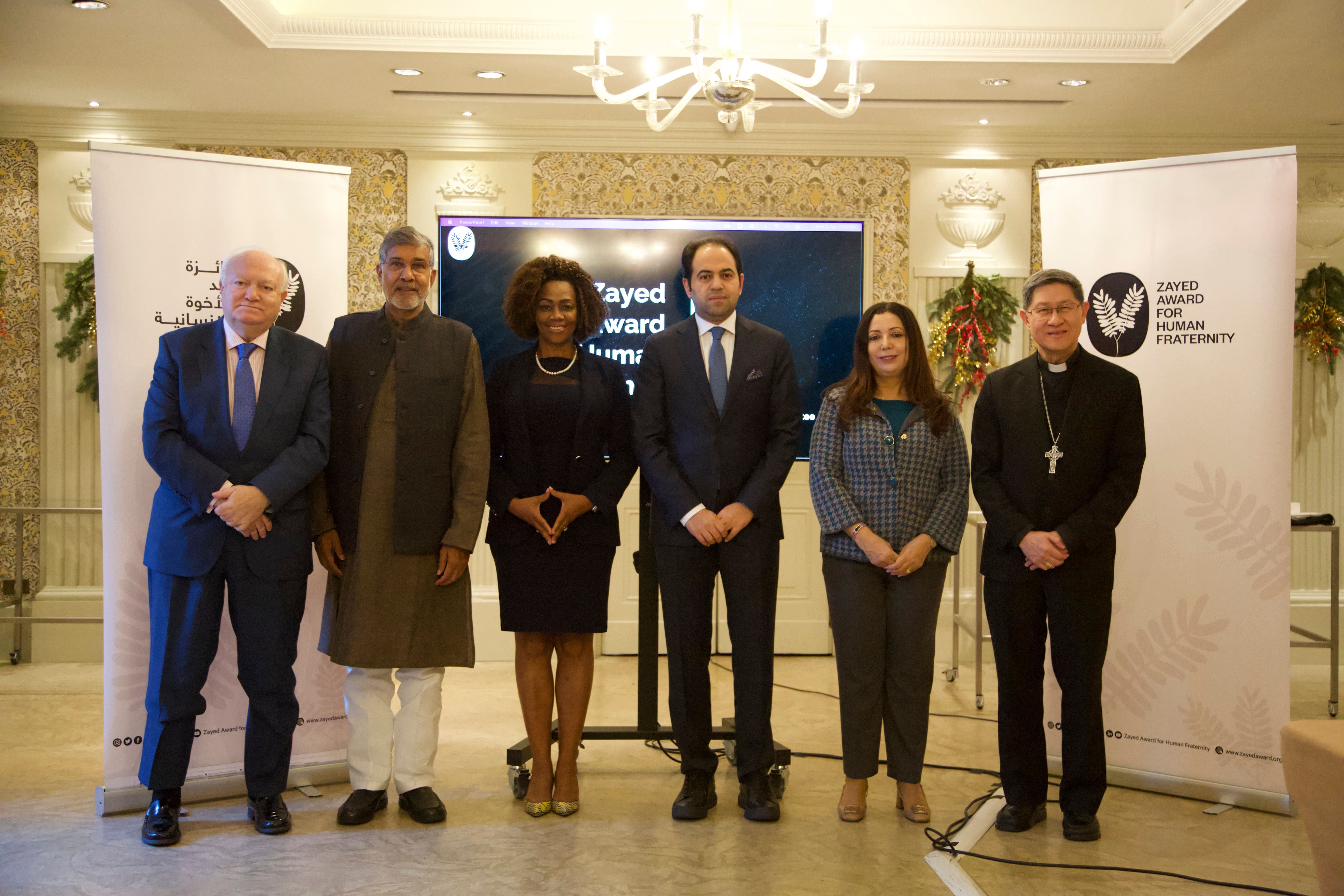 An independent panel of diverse and distinguished public figures are meeting this week to continue reviewing nominations for the fourth edition of the Zayed Award for Human Fraternity and decide on the 2023 honoree(s). Nominations were received during the submissions period, from July to November 2022, and the honoree(s) will be announced in February 2023.

With their selection, the six judging committee members aim to recognize and support individuals and/or entities working tirelessly and selflessly across divides to create breakthroughs towards peaceful coexistence.

H.E. Moratinos commented on his motivation to join his peers in the decision-making process: “The world has an urgent need for mutual respect, for solidarity, and understanding. This award embodies all of these values and I look forward to honoring this year’s recipients and their commitment to advancing human fraternity.”

Joining Mr. Moratinos in Rome is Dr. Bouchamaoui, a member of the Tunisian National Dialogue Quartet that was awarded the Nobel Peace Prize 2015. Dr. Bouchamaoui commented: “Through this award we can bring a diverse range of voices into our global conversation on fraternity. I wish the nominees success in their journeys and that they become role models through their work and initiatives around the world.” Of the selection process, Mr. Satyarthi said: “I am looking for people and groups with the light of compassion to make long-lasting changes in society. We need strong actions and bold ideas to make a beautiful, more just, and equitable world.”

For his part, Judge Abdelsalam said: “It is important that we seek understanding and respect between all peoples and solidify the principles of human fraternity - that is why the award aims to highlight individuals and organizations that contribute to making long-term impact and who are building a framework for initiatives and ideas that foster the development of a more harmonious global human community.”

The judging committee will select the honoree(s), who will be awarded USD $1 million in support of their efforts and for the continuation of their work in advancing human fraternity, collaborating across divides, and driving real progress.

Honorees will be announced at a prestigious ceremony, hosted in Abu Dhabi in February 2023. Previous award honorees include Pope Francis and the Grand Imam of Al-Azhar Professor Ahmed Al-Tayeb (honorary recipients) in 2019; United Nations Secretary-General António Guterres; Moroccan French activist against extremism Latifa Ibn Ziaten in 2021; His Majesty King Abdullah II bin Al Hussein, King of the Hashemite Kingdom of Jordan and his wife, Her Majesty Queen Rania Al Abdullah; and Haitian humanitarian organization the Foundation for Knowledge and Liberty (FOKAL) in 2022.