The Higher Committee of Human Fraternity

The Higher Committee of Human Fraternity (HCHF) is an independent international committee instituted to promote human fraternity values in communities around the world and to fulfill the aspirations of the Document on Human Fraternity, which was co-signed by His Eminence Grand Imam of Al-Azhar Professor Ahmed Al-Tayeb and His Holiness Pope Francis, Head of the Catholic Church, on February 4, 2019, in Abu Dhabi, UAE. 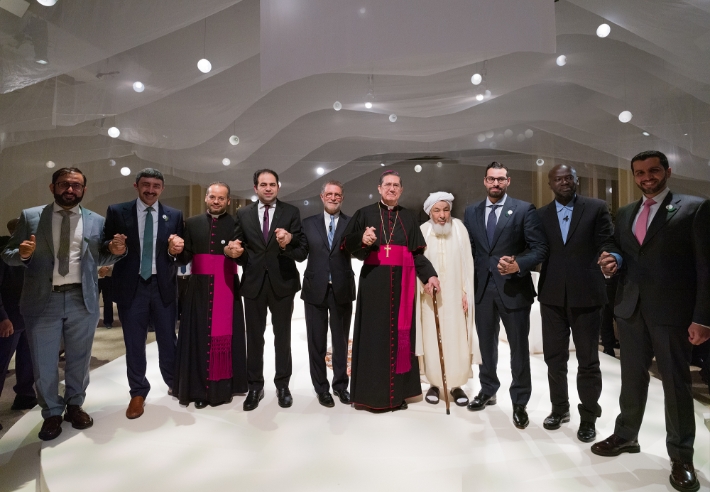 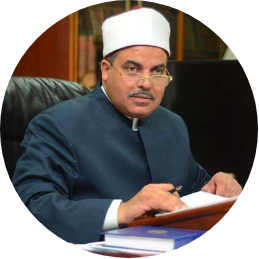 Professor Mohamed Hussein Mahrasawi is the acting President of Al-Azhar University in Cairo, Egypt, which was founded in 970 AD and is renowned as Sunni Islam’s most prestigious university. Professor Mahrasawi graduated from the Faculty of Arabic Languages at Al-Azhar in 1985 and received master’s and doctorate degrees with distinction. He became a professor in the linguistics department and was later appointed the Dean of the faculty for men in 2013. He has contributed to promoting the mission of Al-Azhar by participating in several international conferences and organizing training sessions of the Arabic language with organizations such as the National Centre for Judicial Studies and the Islamic Cultural Center in Al Giza.

Professor Mahrawsawi is a published author and has been responsible for contributing to the evolution of the Arabic language curriculum at Al-Azhar University, King Khalid University in Abha, the University of Tabuk, and King Saud University in the Kingdom of Saudi Arabia. 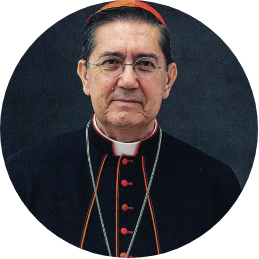 Born in Seville Spain, His Eminence Miguel Angel Ayuso Guixot is a member of the Congregation of the Comboni Missionaries of the Heart of Jesus (M.C.C.J.). He was ordained a priest in 1980 and served as a missionary in Egypt and Sudan until 2002.

Since 2012, Cardinal Ayuso has served as the Secretary for the Pontifical Council for Interreligious Dialogue. On March 19, 2016, he was ordained a bishop by Pope Francis and on September 1, 2019, he was named a Cardinal by Pope Francis. He has served as the Vatican’s principal representative in the continuing dialogue with the Grand Imam of Al-Azhar Ahmad Al-Tayeb, which was significant in the development of the Document on Human Fraternity for World Peace and Living Together, signed by Pope Francis and Grand Imam Al-Tayeb in Abu Dhabi in February 2019. 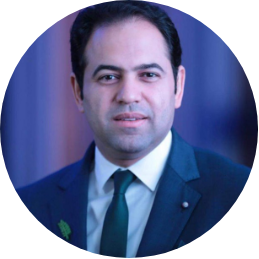 Judge Abdelsalam served as the former advisor to the Grand Imam of Egypt’s Al-Azhar Dr. Ahmed Al Tayeb for over eight years and assisted in drafting the Document on Human Fraternity signed by the Grand Imam and Pope Francis in Abu Dhabi in February 2019. The same year, Pope Francis awarded Judge Abdelsalam the Order of Pope Pius IX Knight Commander for his services towards spreading tolerance and interfaith dialogue. He is the first Egyptian, Arab, and Muslim to be awarded this accolade.

The Ministry of Interior of the United Arab Emirates awarded Judge Abdesalam the Community Service Medal for his commitment and positive impact towards strengthening security in communities. 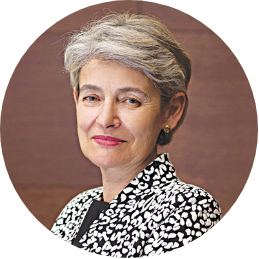 Irina Bokova served as UNESCO’s Director-General for two terms, from 2009 to 2017. She is the first woman and first Eastern European to lead UNESCO. Prior to her service at UNESCO, she served two terms in Bulgaria’s parliament, as well as serving as the country’s interim deputy minister for foreign affairs and ambassador to France and Monaco.

Ms. Bokova has successfully pushed forward a strong UN agenda for better preservation of humanity’s cultural heritage. In particular, Ms. Bokova and UNESCO have proven successful in criminalizing the illegal trade in cultural artifacts and in prosecuting those that willfully destroy parts of cultural history.

As Director-General of UNESCO, Irina Bokova was actively engaged in the UN efforts to adopt Agenda 2030 for Sustainable Development, including quality education for all, gender equality, and the protection of the world’s cultural heritage. She actively promotes dialogue among cultures and mutual respect against violent extremism and terrorism. 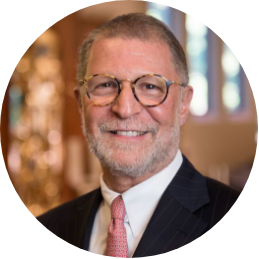 Ordained at the Hebrew Union College-Jewish Institute of Religion, Rabbi M. Bruce Lustig is a Senior Rabbi at Washington Hebrew Congregation, Washington D.C.’s largest and oldest synagogue. In his position, Rabbi Lustig has served the community for more than 30 years, leading an over 2,800 family congregation and has held leadership roles in both local and national Jewish communities.

Rabbi M. Bruce Lustig’s upbringing in Nashville, Tennessee instilled in him a lifelong committed commitment towards interfaith work, including his efforts to open dialogue and strengthen relationships among members of all faiths. He is a proactive leader of the city’s interfaith community and has organized the nation’s first Abrahamic Summit, bringing together Christians, Jewish people, and Muslims for open dialogue.

Rabbi Lustig has served on the Washington D.C. Mayor’s Faith Advisory Board and as the national liaison for the National Day of Prayer. He received a medal of honor from Moroccan King Mohammed VI for his leadership on interreligious cooperation and Newsweek has recognized him as one of ‘America’s most influential Rabbis.’ 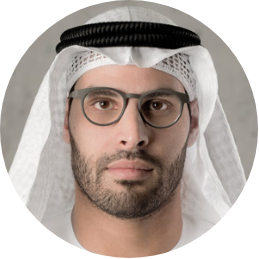 His Excellency Mohamed Khalifa Al Mubarak is a member of the Executive Council of Abu Dhabi, and Chairman of the Department of Culture and Tourism, where he presides over the development and growth of tourism and cultural sectors of Abu Dhabi.

His Excellency Al Mubarak is also Chairman of twofour54, a media zone company ensuring growth and sustainability of the region’s media industry. In addition, he holds Chairman positions for Louvre Abu Dhabi and Aldar Academies, the largest modern education provider in Abu Dhabi.

His Excellency Al Mubarak is a graduate of Northeastern University, where he double majored in economics and political science. 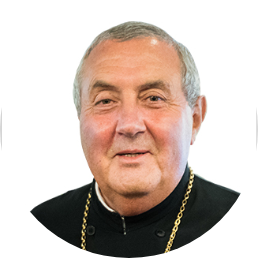 Reverend Sauca, a priest of the Orthodox Church in Romania, currently serves as the acting General Secretary of the World Council of Churches (WCC).

Since 1998, Reverend Sauca has been a Professor of Missiology and Ecumenical Theology at Bossey Ecumenical Institute and has served as its Director since 2011.

Reverend Sauca previously served as a WCC deputy general secretary, where he oversaw a variety of WCC programs in the areas of unity, mission, ecumenical relations, youth, interreligious dialogue and cooperation, worship and spirituality, as well as ecumenical formation.

Sauca studied in the Theological Faculties in Sibiu and Bucharest, Romania, and earned his doctorate degree in Theology at the University of Birmingham, UK. He is also an alumnus of the Graduate School at the Ecumenical Institute in Bossey. 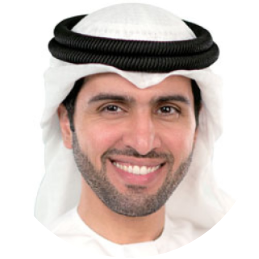 Yasser Hareb is a prominent Emirati author, columnist, and television presenter, celebrated for his best-selling books and who is considered one of the strongest voices among Gulf Arab youth.

Hareb is a member of the Muslim Council of Elders and a member of the Higher National Council for the Year of Tolerance in the UAE. He is also the co-founder of the internationally recognized Forum for Promoting Peace in Muslim Societies and has been awarded for his work in tolerance and positivity at the Arab Social Media Influencers Summit.

Before becoming a prominent television presenter, Hareb worked as a journalist in several leading newspapers and created numerous social impact programs including Tarjim, the largest translation initiative in the Arab world and Uktub, a program to encourage young talent to advance their writing skills. 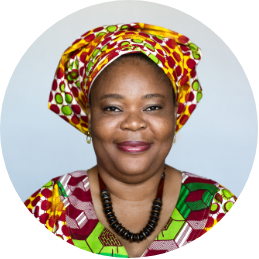 Leymah Gbowee is a Liberian peace activist responsible for leading a women’s nonviolent peace movement, Women of Liberia Mass Action for Peace, which helped bring an end to the Second Liberian Civil War in 2003. Her efforts to end the war, along with her collaborator Ellen Johnson Sirleaf, helped usher in a period of peace and enabled a free election in 2005, which Sirleaf won.

Along with Sirleaf, Ms. Gbowee was awarded the 2011 Nobel Peace Prize “for their non-violent struggle for the safety of women and for women’s rights to full participation in peacebuilding work.”

Gbowee is the founder and president of Gbowee Peace Foundation Africa, founded in 2012 and based in Monrovia, which provides educational and leadership opportunities to girls, women, and youth in Liberia.

She is the former executive director of the Women Peace and Security Network Africa, based in Accra, Ghana, which builds relationships across the West African sub-region in support of women’s capacity to prevent, avert and end conflicts. She is a founder member and former coordinator of the Women in Peacebuilding Program, part of the West African Network for Peacebuilding. 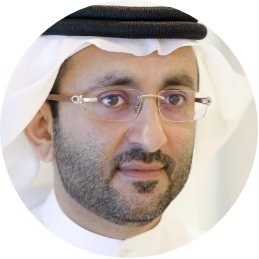 Dr. Sultan Faisal Al Remeithi is the Secretary-General of the Muslim Council of Elders, who has served in various distinguished roles including university professor, novelist, and academic interpreter, during his nearly 20-year career.

He currently holds the position of General Manager of the Publishing Department at Abu Dhabi Media. He previously worked as an Executive Director at the Executive Council in the Government of Ajman for a decade. 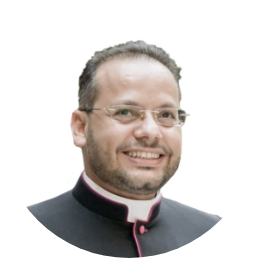 Monsignor Gaid studied at the Pontifical Oriental Institute in Rome, earning a doctorate in Canon Law of the Eastern Churches and graduated from the Ecclesiastical Pontifical Academy.

In addition to serving as the Personal Secretary to His Holiness Pope Francis, Monsignor Gaid served in various functions for the Vatican Apostolic Nunciature and Secretariat of State in Congo, Gabon, Jordan, and Iraq.

Monsignor Gaid is the founder of the St. Peter’s Software & Publishing House of the Coptic Catholic Church in Egypt and is Editor-in-Chief of the Alexandria Coptic Catholic website.