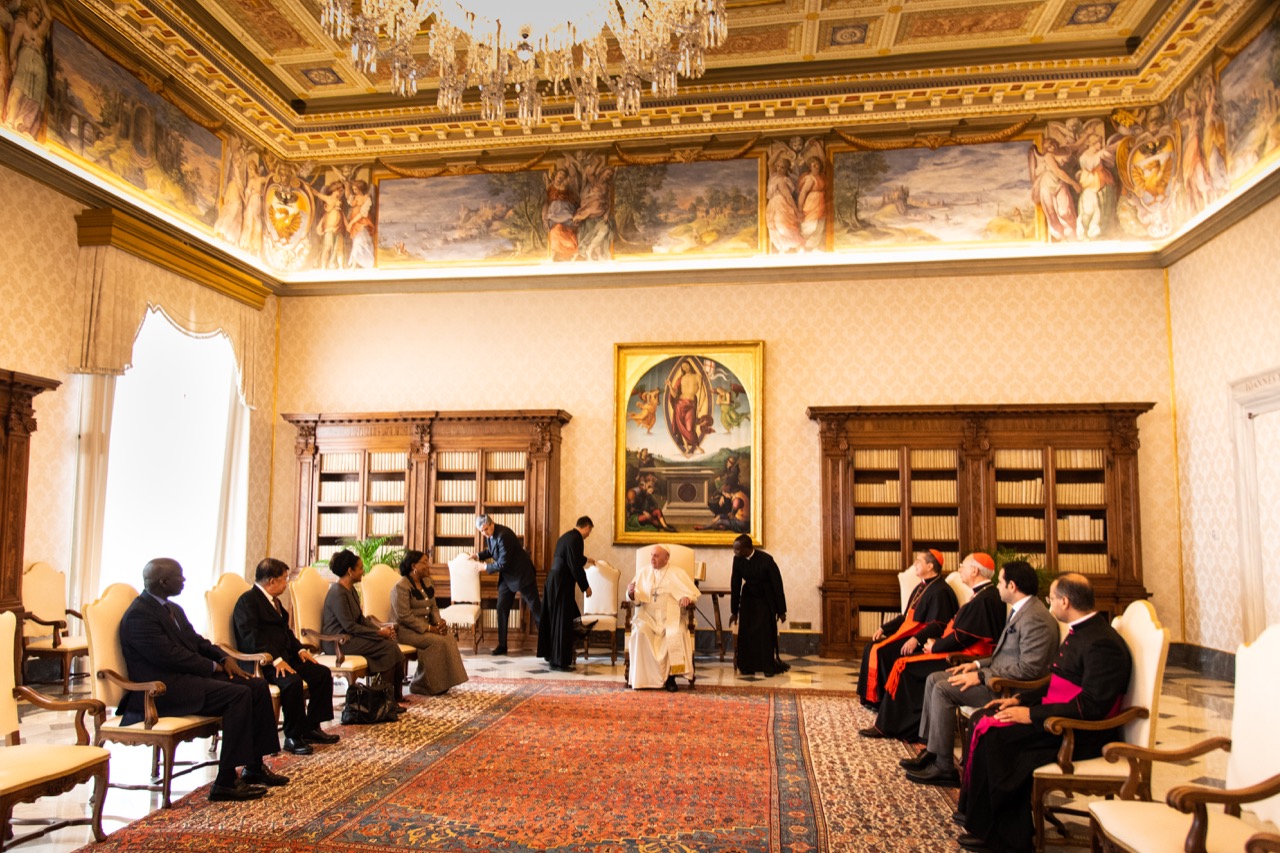 The Judging Committee for the Zayed Award for Human Fraternity (ZAHF) was received by His Holiness the Pope today, following the first open launch for submissions in its second edition on Monday, October 19th.

During the meeting, Pope Francis welcomed the members of the Committee, and stressed the importance of their role and mission, as impartial and independent judges. Pope Francis also called on members to identify individuals who can continue their humanitarian efforts after winning the award, highlighting its purpose is to both celebrate the recipients’ achievements but also motivate them to continue to serve humanity.

His Holiness concluded: “I have shared bread with my brother, the Grand Imam Al-Tayeb, and I want you to help humankind, with the Committee, to share bread. I will pray for you, and I hope you that you will pray for me.”

The members of the Judging Committee thanked Pope Francis for this meeting and welcomed his support for the Committee’s goals, which are tied to the principles of the Document on Human Fraternity. They also praised the global inspiration for fraternity the Grand Imam and His Holiness provided by signing the Document, in Abu Dhabi, last year. It is clear that the principles of this historical document will be reflected in the assessments of the Judging Committee, as it has already impacted the professional and personal lives of its members.

Organised by the Higher Committee for Human Fraternity, today’s visit highlights the award’s shared ambition and fundamental ties with the Document on Human Fraternity and the principles it promotes. The discussion focusing on the urgent need to highlight the efforts needed to serve humanity, promote human fraternity, and honour the individuals who make these great efforts.

Ahead of their audience with Pope Francis, the committee held its inaugural meeting of the 2021 award cycle in Rome, yesterday. These meetings are held every two weeks during the submissions phase and are used by committee members to discuss and share their views on the nominations received.

The award was inspired by the signing of the Document on Human Fraternity, by both Pope Francis and the Grand Imam of Al-Azhar, Dr. Ahmed Al-Tayeb, in 2019. The name of the award honours the legacy of Sheikh Zayed, and the shared values of fraternity, humanitarianism, and peaceful co-existence.

The Pope and Grand Imam of Al-Azhar, were the first honorary co-recipients of the award; in recognition of their joint efforts in developing the Document on Human Fraternity. The award recognises and rewards likeminded individuals and organisations, and those committed to these principles.

The nominations process for the 2021 award opened on 19 October 2020 and will close on 1 December 2020. The recipient or recipients will be announced on 4 February 2021. For more information go to: www.zayedaward.org