back to all news
Zayed Award for Human Fraternity announces UN Secretary-General and Moroccan-French activist as its 2021 honorees
Abu Dhabi, UAE 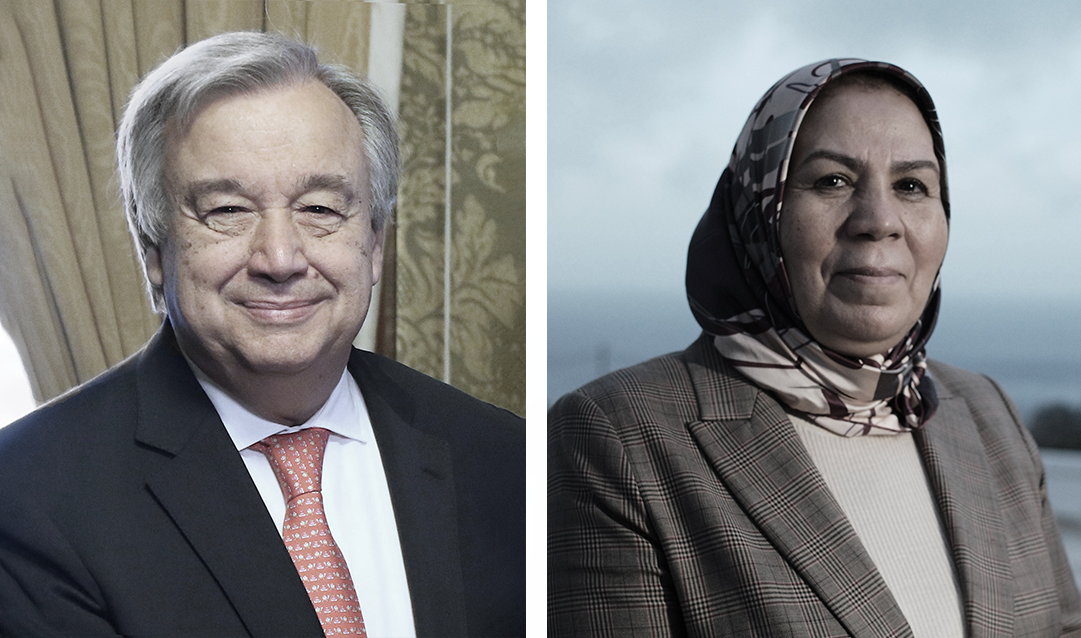 The Pope and Grand Imam of Al-Azhar to jointly present awards via virtual ceremony on International Day of Human Fraternity Ceremony to be streamed 4th February on www.zayedaward.org 5:30pm GST/1:30pm GMT

Hosted via a virtual ceremony, anchored around the setting of the Founder’s Memorial, in Abu Dhabi, the Zayed Award for Human Fraternity’s (ZAHF) inaugural annual award ceremony will be streamed from its own website for viewers to watch, on Thursday evening at 5:30pm GST.

Born out of the signing of the Document on Human Fraternity (DHF), in Abu Dhabi, in 2019, and aligned to the humanitarian values shared by the UAE’s founder, the late Sheikh Zayed, this global award recognizes individuals who are committed to fostering conditions for peaceful co-existence.

In recognition of that historic meeting, the honorary recipients of the first Zayed Award for Human Fraternity were the co-signees of the Document: His Eminence the Grand Imam of Al-Azhar, Dr Ahmed Al-Tayeb, and the Head of the Catholic Church, His Holiness Pope Francis.

As Secretary-General of the UN, since 2017, António Guterres has embarked on a dedicated mandate to address issues relating to world peace and security. Among some of the key initiatives he has spearheaded, during his time in office, Guterres has addressed a number of impactful initiatives, including: countering hate speech and violence; modernizing UN peacekeeping practices; to his Global Cease Fire Appeal and Initiative during the Covid-19 pandemic – resulting in 170 member and observer states heeding that call to sign up.

2021 honoree, Latifa Ibn Ziaten, is a mother and Moroccan-French activist, dedicated to raising awareness against escalating religious extremism, following her own personal tragedy of losing her son, Imad, to a terrorist attack, in 2012. Since then, Latifa has become a well-known civil society activist, in France and beyond; working with families and communities to prevent youth radicalization and spreading the message of peace, dialogue, and mutual respect.

Ahead of receiving his award on Thursday, Guterres, said: “It is with humility and deep gratitude that I feel honored to receive the Zayed Award for Human Fraternity. I see it also as recognition of the work the United Nation is doing every day, everywhere, to promote peace and human dignity.

“We live in challenging times. We see the threats coming from the pandemic, from the climate, threats from war and conflict in different parts of the world. Therefore, it is fantastic to see the enormous leadership of His Holiness the Pope and His Eminence the Grand Imam of Al-Azhar, pushing humankind to come together, in unity, in dialogue, to promote peace, to promote fraternity, and to promote the unity that is necessary to address all the challenges to defeat hate and ensure that human solidarity wins the battles we are facing.”

In accepting her award, Ms. Latifa said: “It is a great honor, and indeed humbling, to have been recognized by the Zayed Award for Human Fraternity for the work I and many others do, each day, in addressing extremism though dialogue, mutual respect, and peaceful co-existence. Most importantly, I hope this award helps raise awareness among a wider audience about the need to continue these efforts.

“The situation in France and Europe has often presented many challenges due to a sense of exclusion and marginalization that affects so many young hearts. That said, I feel progress is being made, and we continue to work with families and communities to prevent youth radicalization and to understand how we can create opportunities for more open dialogue and advocacy; making co-operation and mutual understanding the norm – not the exception,” Latifa concluded.

Speaking ahead of Thursday’s ceremony, the Secretary-General of the Higher Committee for Human Fraternity (HCHF), and co-author of the Document on Human Fraternity, Judge Mohamed Abdelsalam, said:

“As head of the UN, Mr. Guterres has been responsible for launching many individual and joint initiatives aimed at ending humanity’s violence against itself and violations against nature. His commitment and dedication in this role has shown that he is a true endorser of the approach and values advocated for by the Document on Human Fraternity.

“In recognizing Latifa Ibn Ziaten as a 2021 honoree, it is a bitter-sweet realization of how circumstances born out of such grievous and personal sorrow have been turned into a fitting tribute to her son, and all other victims of terrorist violence. Mrs. Latifa’s great work in advocating for the values of human fraternity as a way to end violence is truly inspiring.

“This independent, global award was conceived to encourage and recognize those who inspire us all to play our part in creating a more understanding, inclusive and peaceful world. By examining the work and impact of both 2021 honorees, it is clear that they are both role models for the next generation, world leaders, and all those engaged in similarly noble pursuits for peace,” he continued.

“Honoring Mr. Guterres and Mrs. Latifa with the Zayed Award for Human Fraternity in its first edition after the Grand Imam and Pope Francis were honored, in 2019, is a tribute to all those who love peace and an invitation to humanity to continue on this path,” Abdelsalam added.

“The Higher Committee for Human Fraternity will continue its efforts to achieve the goals of the Document on Human Fraternity, with the sincere support and care of HH Sheikh Mohamed bin Zayed Al Nahyan, the patron of human fraternity who sponsors the committee and its projects, and is keen to ensure that the award continues on its path to achieve human fraternity with complete independence and impartiality, and this indicates the sincerity of the message and the greatness of the goal,” he concluded.

The February 4th awards ceremony also coincides with the first International Day of Human Fraternity, which was adopted by a UN General Assembly resolution, in December 2020. This date is now an official day dedicated to raising awareness and recognising the efforts of those who promote peace, harmony, and intercultural dialogue, around the world. The date was chosen to coincide with the 2019 signing of the Document on Human Fraternity.

This year’s award is the first time that nominees from all over the world could be submitted to be assessed by an independent judging committee, formed by the Higher Committee for Human Fraternity (HCHF) and made up of international experts.

The 2021 Judging Committee for this year’s Zayed Award for Human Fraternity was:

The nominations process for the 2022 awards will open on in May 2021 and close in October 2021. To find out if you qualify as a nominator or to nominate a candidate for next year’s award, go to: www.zayedaward.org.