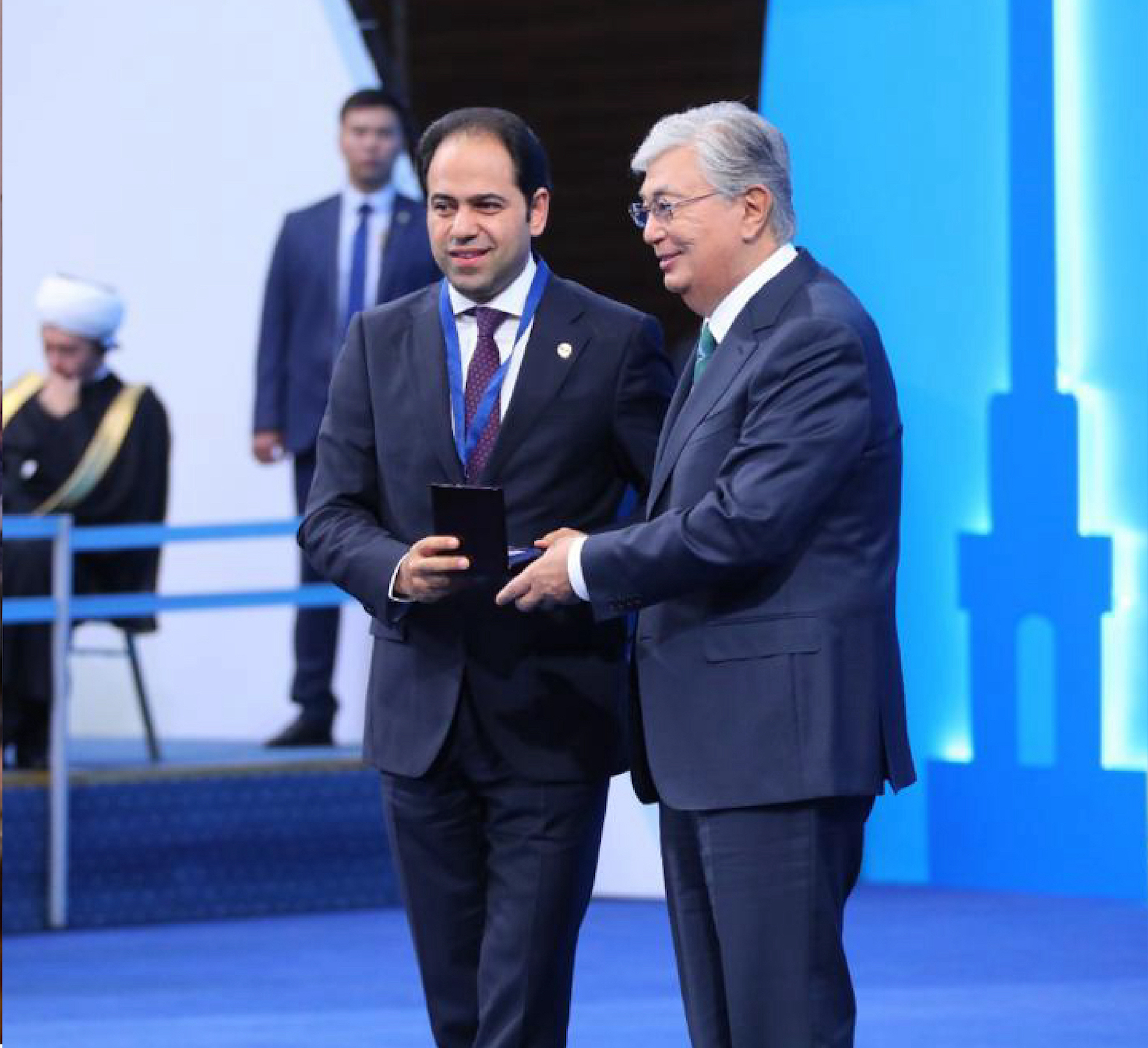 The President of the Republic of Kazakhstan His Excellency Kassym-Jomart Tokayev has presented the 'Astana Medal' to Judge Mohamed Abdelsalam, the Secretary-General of the Zayed Award for Human Fraternity and judging committee member for his role in promoting interfaith dialogue and human fraternity.

Judge Abdelsalam, who is also the Secretary-General of the Muslim Council of Elders and member of the Higher Committee of Human Fraternity, received the accolade during the opening ceremony of the 7th Congress of Leaders of World and Traditional Religions in the Kazakh capital Nur-Sultan. In attendance during the opening ceremony were His Eminence Dr. Ahmed Al-Tayeb, the Grand Imam of Al-Azhar and Chairman of the Muslim Council of Elders along with His Holiness Pope Francis, Pontiff of the Catholic Church and a host of prominent world and religious leaders.