back to all news
HCHF Secretary-General meets with European Council President
Brussels, Belgium 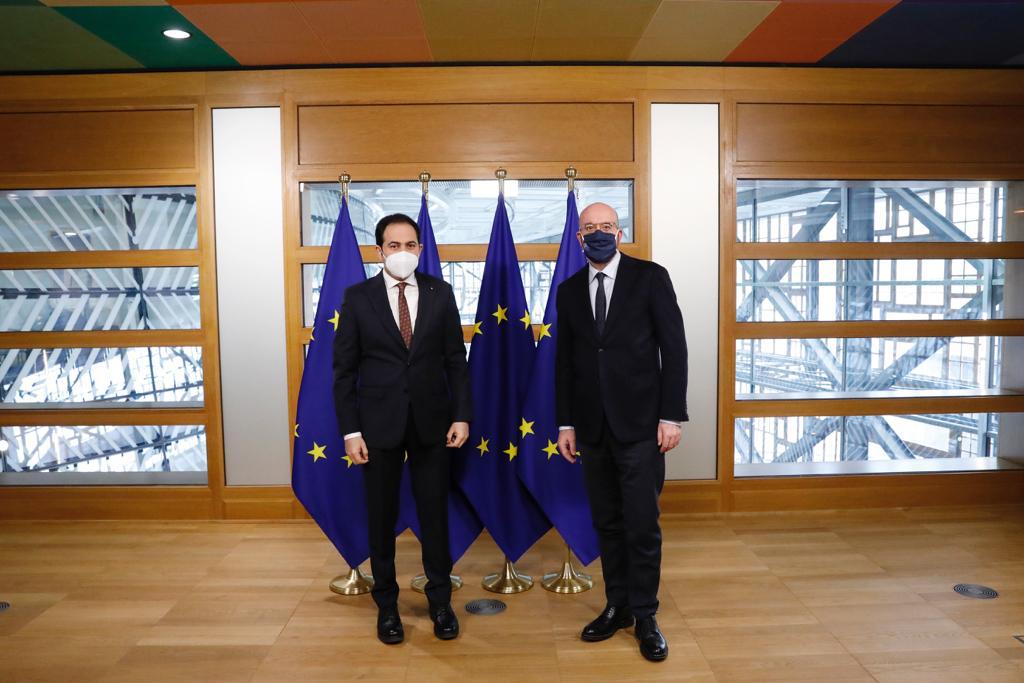 Secretary-General of the Higher Committee of Human Fraternity (HCHF) Mohammad Abdel-Salam, held talks on Monday with European Council President Charles Michel over prospects of cooperation and partnership between the HCHF and the EU.

At the meeting, the Secretary-General of the HCHF said that the Human Fraternity Document signed jointly by His Holiness Pope Francis and the Grand Imam of Al-Azhar in Abu Dhabi in 2019 is a roadmap for peace and stability in world communities. He noted that the HCHF is working to implement the principles enshrined in the Document through many practical initiatives in cooperation with its international partners.

Abdel-Salam further pointed out that the EU’s adoption of the Human Fraternity Document will enhance its ability to maintain peaceful coexistence and pluralism and eliminate all forms of extremism, hatred, and discrimination. He stressed that the HCHF is ready to cooperate with the EU in all areas that help promote human fraternity culture and global peace.

At the end of the meeting, Mr. Michel said that he hopes that there will be continuous cooperation between the EU and the HCHF, especially that the EU seeks to promote moderate religious discourse in the wake of the recent waves of hatred and discrimination the world has witnessed. He also commended the HCHF for the great efforts it has made during the pandemic to promote peaceful coexistence and solidarity worldwide.